44 Writers on Their Favorite Books to Give as Presents 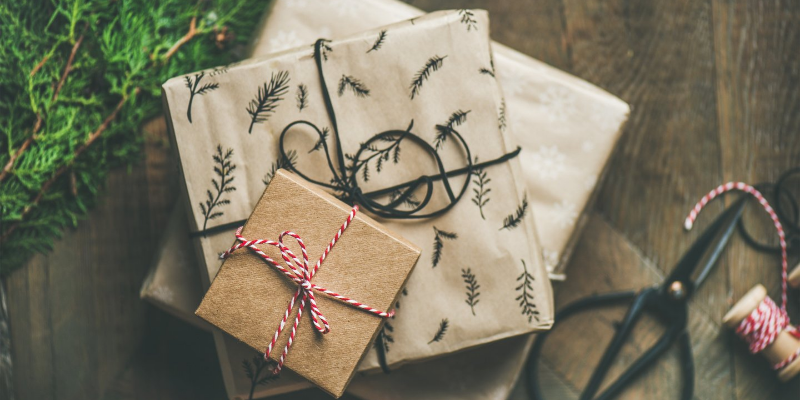 With the holidays right around the corner and the looming supply chain issues, we thought it might be time to pull together a bookish gift guide. And who better to advise you on the best books to present to loved ones than some of our favorite writers? (Note: These answers were originally part of our Book Marks Questionnaire feature series.) From poetry collections and illustrated novels to guides for young writers and classic works in translation, there’s surely something for everyone here.

Marie-Helene Bertino: Giving a book is like giving someone homework so I tend not to do it without saying: Truly, no pressure. I like giving story collections because odds are one story will emotionally appeal […] collections by Manuel Gonzales, Danielle Evans, Laura van den Berg, Lucia Berlin, Anne Carson, Helen Oyeyemi, Helen Phillips, and Thomas Morris are safe bets for enjoyment.

Melissa Broder: The Seas by Samantha Hunt to my fellow romantic obsessive dreamers and Motherhood by Sheila Heti to my fellow childless MILFs.

Tracy O’Neill: Stories of Your Life and Others by Ted Chiang or Bluets by Maggie Nelson. They don’t know what hit them.

Lauren Oyler: It depends on the person! But The Last Samurai by Helen DeWitt.

Emma Cline: The Pattern Language by Christopher Alexander. It’s an architectural theory book but it’s so beautifully organized and considered. Or The Spiritual Dimension of the Enneagram—I like to give this book to writers. It’s weirdly so subtle about character and motivation and can be a really useful tool for conceptualizing motivation.

T Kira Madden: I think I’ve given every friend a copy of Lynda Barry’s Cruddy, and if they don’t like it, they’re not my friend. Two birds.

Tana French: Amor Towles’s A Gentleman in Moscow. It’s a wonderful book at any time, and over the last year and a half it’s had a whole extra layer of resonance. To a large extent it’s about how people find ways to be happy, make connections, and make a difference in one another’s lives, even during the strangest, saddest and most restrictive circumstances, when their worlds have been savagely transformed almost beyond recognition. I gave it to a lot of people during lockdown.

Nicole Chung: This changes all the time, but the book I’ve gifted most in the past year is Min Jin Lee’s Pachinko.

Kyle Lucia Wu: The Year of Blue Water by Yanyi.

Kristen Arnett: I am obsessed with Flannery O’Connor’s letters. The Habit of Being is a book I always wind up giving to people, because I think—hear me out—that it’s tremendously funny. She is so goddamn grumpy. There is this line from one of them that she’s writing to a friend and in it she describes herself in an author photo looking like she’d just bitten her own grandmother. I swear to God, what a wild way to describe your own face. Lots of the letters are very tender, too, and there is plenty to unpack about her relationship with her mother and her friendships with women and also her relationship to her own writing. This is an underrated collection, in my opinion.

Crystal Hana Kim: The Secret Lives of Color by Kassia St. Clair and Alexander Chee’s How to Write an Autobiographical Novel. For fiction, I base my gift on the receiver’s literary tastes.

Laura van den Berg: I gift Alexander Chee’s essay collection How to Write an Autobiographical Novel all the time, especially to students.

Sarah M. Broom: I Live in Music by Ntozake Shange.

Cheslea G. Summers: The Nutshell Studies of Unexplained Death by Corinne May Botz. In the 1940s and 1950s, Frances Glessner Lee painstakingly constructed accurate reproductions of actual crime scenes, which she called the Nutshell Studies. These dollhouses were complete not only with tiny furniture and wee cunning bloodstains but also with itsy-bitsy stockings that Glessner knit with pin-sized knitting needles. The book puts lavish and loving photographs of these gory dollhouse dioramas within the context of proto-feminist work, and I live for it.

Alexandra Kleeman: Girls Against God by Jenny Hval, Garments Against Women by Anne Boyer, Braiding Sweetgrass by Robin Wall Kimmerer are all books which I’ve given many times over and which contain a piece of my heart.

Leif Enger: I want to give The Memory Police, Yoko Ogawa’s great 1994 novel, to everyone I know.

Héctor Tobar: Edith Grossman’s wonderful, 2003 translation of Don Quixote. I’ve handed out this book as a gift at least half a dozen times. Grossman was the translator of many of Gabriel García Márquez’s novels into English, and she brings a deft, lively touch to Cervantes’s masterpiece. When I read it, I realized just how much realism there is in Don Quixote, and how much it’s a commentary on the meanness of everyday Spanish life, and its great social and ethnic diversity.

Rax King: I often give my fellow leftist podcaster types a copy of Zoë Heller’s The Believers, to remind us all not to be so fucking self-important. I hope you guys don’t edit out the swears for these, because to my mind that is a crucial one.

Kristen Radtke: I love giving Lynda Barry’s Syllabus to professors; it’s a beautiful homage to the craft of teaching.

Susan Minot: Last year, many copies of Caste by Isabel Wilkerson. Excellent take on race in our country. Recently I’ve given The Sleeve Ought to Be Illegal, an new anthology of short essays written by a long list of people about the art collection in the Frick Museum, with pictures of course. And for a slim novel which I always want to press into peoples’ hands: Dept. of Speculation by Jenny Offil.

Emma Straub: The Collected George and Martha by James Marshall. I can think of no one whose life would not be improved by those two hippos.

Quan Barry: The Book of Hours by the poet Rainer Maria Rilke, Barrows and Macy translation. I believe Rilke was a being who understood the true nature of existence, that everything is a manifestation of the one source.

Emily Nemens: For a certain subset of editorially minded friends, Moira Kalman’s illustrated Strunk and White Elements of Style is a perfect gift. This holiday, I found myself gifting Homeland Elegies by Ayad Akhtar.

Steph Cha: Stories for Nighttime and Some for the Day by Ben Loory. Forty unique, vibrant stories that, for the most part, take less than ten minutes to read. His second book, Tales of Falling and Flying, is equally good.

Charles Yu: I recently gave Middle Men by Jim Gavin as a gift. Every story is so well-written, and the collection as a whole really hangs together.

Erin Morgenstern: Anything by Shaun Tan, particularly The Arrival or The Singing Bones or Tales from Outer Suburbia.

Emily Temple: I like to give Ottessa Moshfegh’s My Year of Rest and Relaxation to people as a test. If they don’t need to be tested, they can have Lauren Groff’s Fates and Furies or N. K. Jemisin’s The Fifth Season, depending on their general temperament.

Kali Fajardo-Anstine: The Art of Losing: Poems of Grief and Healing, edited by Kevin Young, and Jesus’ Son by Denis Johnson.

Isabella Hammad: I keep telling people to read The Kingdom by Emmanuel Carrère. Does an insistent recommendation count as a gift? I’m not sure, but a lot of people have obeyed me…

Sarah Moss: I give different books to different people, but I think all my friends now have Miriam Toews’ All My Puny Sorrows.

R.O. Kwon: Valeria Luiselli’s Tell Me How It Ends.

Eley Williams: I’ve been giving copies of Lavinia Greenlaw’s Some Answers Without Questions to friends in recent months; a book that’s difficult to define, but then sometimes the best gifts are never wholly simple things. In many ways it is a memoir, but also a polemic, but also a keepsake about difficulty and exhaustion, but also a demonstration against them. It helped me recognise and take solace in attempts to find a voice or energy in times of alarm or disjuncture, and I hope handing it to others might do the same.

Bryan Washington: Bread and a Dog by Natsuko Kuwahara.